Most memorable attractions in Cambodia

The architectural attributes give Cambodia an authentic spot among the most visited tourist destinations of Asia. Go through these places to visit in Cambodia which include the sophisticated temples and palaces erected during the period of Khmer Empire. You will never regret spending time here with many experiences and memories.

Angkor served as the capital of the Khmer Empire from the 9th to the 14th centuries. As such, it is filled with historic treasures, making it one of the most significant archaeological sites in Southeast Asia. Ruins of a thousand temples can be found scattered over farm lands and rice fields. These include the famous Angkor Wat temple, the world’s largest single religious monument, the Bayon temple at Angkor Thom with its multitude of massive stone faces and Ta Prohm, a Buddhist temple ruin entwined with towering trees. Many of the temples at Angkor have been restored, making the huge palace one of the wonders of the ancient world while offering an outstanding look of Khmer history.

Located to the northwest of Cambodia, Siem Reap is the most attractive city in the country with impressive Angkor Wat complex. Having been the capital city of ancient Khmer empire and now, a bustling ancient capital, Siem Reap still remains old and mysterious features of the greatest civilization in the past. 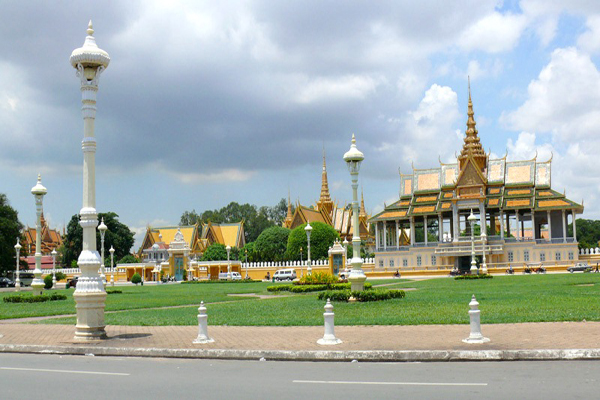 Phnom Penh is the capital city of Cambodia and the most important destination on travelling this country. It is known as the confluence of three rivers: Tonle Sap, Bassac and Mekong. Coming to this capital city, tourists can not miss the opportunity to explore attractions and historical monuments such as National Museum, Wat Phom, Silver Pagoda, etc. Moreover, accommodations here has reasonable price with quite good quality, visitors don't have to think about where to stay a lot.

Sihanoukville is a port city and the famous beach in Cambodia, lie near the Gulf of Thailand. This is the only deep water port inthe country, attracting visitors by white and smooth sand, and tropical islands surrounded by palm tree forest. Choosing Sihanoukville to visit is a lucid decision for who wants to relax and get away from the hot.

Kratie is a small town located on the banks of the Mekong River and is dominated by a central marketplace surrounded by old, French colonial buildings. There’s no large scale tourism, but plenty of backpackers pour through here during the peak season. It is the place in Cambodia to see the rare Irrawaddy dolphins, which live in the Mekong River in ever-diminishing numbers. It is estimated that there are between 66 and 86 dolphins left in the upper Cambodian Mekong area.

Kampong Thom is the third biggest city in Cambodia, near Mekong river. Moreover, it is the second city having the large number of historical monuments in the country, only after Siem Reap. Unmissable attractions are Prasat Kuh Nokor, Prasat Kok Rokar, Prasat Phum Prasat, and so on. 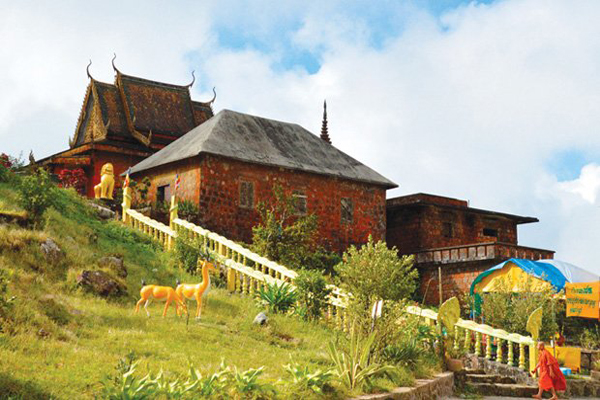 If you love discover the beauty of nature, don't forget to visit Bokor National Park. It was built in 1993 on a large area with 1580 km2, hundreds of rarely fauna and flora are inside the park. Bokor Hill is the prominence in the precinct of Bokor because it is the resort's vestige under French colonialism. It was said that the resort had everything from school, post office, casino to cathedral and hotel. But is has become a fallow that makes the gloomy and a little scary to visitors.

Banlung in northern Cambodia makes a great destination for travelers who enjoy being outdoors. Several tour companies overnight or multi-day trips into the jungles allowing adventuresome travelers to get up close and personal with nature. They offer visitors the opportunity to view a variety of monkeys and other wildlife, though some visitors don’t appreciate getting that close to leeches. A sorter trips to Yeak Laom Volcanic Lake offers the opportunity to see deep lakes as well as see Cambodian women doing traditional weaving.

Tonlé Sap, translated as “great lake,” is the largest freshwater lake in Southeast Asia. Situated between Phnom Penh and Siem Reap, the lake often sees boat-bound tourists targeting the country’s “greatest hits”. Tonlé Sap is unusual in nature its flow changes direction twice a year, and the lake fluctuates in size rather dramatically with the seasons. A festival called the Celebration of the Seven-Headed Snake marks the changing of the Tonlé Sap’s flow as well as the opening of the fishing season.

The National Museum of Cambodia in Phnom Penh is Cambodia's largest museum of cultural history and is the country's leading historical and archaeological museum. Found in Phnom Penh, the museum displays over 14,000 items related to the country’s history. Coming to the museum, tourists will have opportunity to learn about everything about Cambodian history and civilization through years. 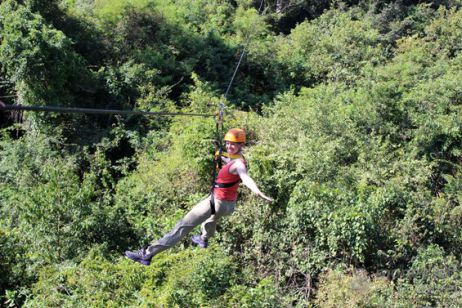 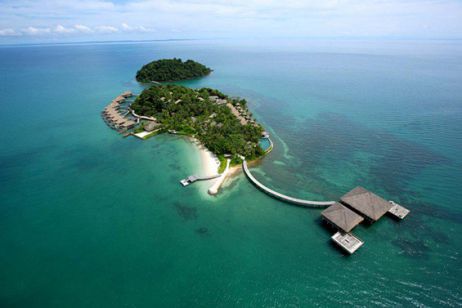