Oudomxay is a northern province in Laos, there is not as romantic as in Vientiane or Luang Prabang but Oudomxay attracts visitors by feature of culture and lifestyle of people in the region.

According to local history books, the first people who settled in Oudomxay around the year 700 were "Khom" (also known as Khmu). Then Lao Ly came from the region of Sipsongpanna in southern China in 1260 and built a village called Ban Luang Cheng ("big village" or "big district") in the area of today's province capital Muang Xay. The former Lao Ly village is now part of Muang Xaya and is called Bang Cheng.

In Ly culture, which was marked by Buddhism on the one hand and the old Khom traditions on the other hand, grew and became very influential on the region. Khom and Leu lived together and shared the same rice fields. To provide protection they erected fortifications between the villages of Na Sao and Na Lai. Around 1828, Hmong tribes coming from China began to settle in Oudomxay. The modern province was created in 1976, when it was split off from Luang Prabang. Around 1987 the capital of the province was moved from Ban Nahin to Muang Xay. In 1992, the districts Paktha and Pha Oudom were reassigned to Bokeo province.

Oudomxay has a moderate monsoon climate. Due to high altitudes, there are a variations in temperature during the year, in February and March, average temperatures are between 18 oC and 19 oC; the temperatures climb over 31 oC from April to May.

- Air: Oudomxay Airport (ODY) is served by Lao Airlines, which offers regular flights from and to Vientiane Capital. The airport at Oudomxay is located about 5 minutes by tuk-tuk from the city center. Flight services to Oudomxay are run by MA6-planes.

- Bus: Travel by Bus to Oudomxay, Laos Interprovincial buses as well as the bus from/to Pak Beng arrive at and depart from Oudomxay Bus station. Visitors should buy bus tickets 1 hour before departure time for inner-provincial to the districts (except Pak Beng) buses.

- Boat: Travel Oudomxay by Boat, Pak Beng Boat Landing Pak Beng, located at the Mekong in the Southwest of Oudomxay province is the key node between Luang Prabang and Thailand, served by slow and speed boats. A regular bus service connects Pak Beng with Oudomxay city. From Houysay, the border town to Thailand, connections to Chiang Rai, Chiang Mai and further on Bangkok are available.

- Tuk-tuk: tuk-tuk is a popular transport in Cambodia. You can find this kind of transport easily with reasonable price. 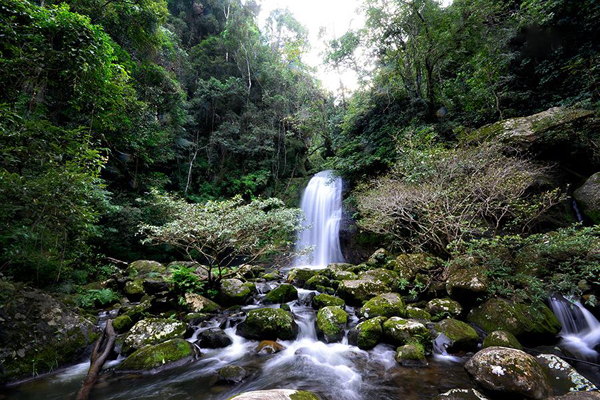 There are a lot of attractions in Oudomxay that definitely bring you unforgetable memories such as visiting That Phou Xay Stupa, Oudomxay Museum; exploring Chom Ong Cave (in Meuang Xay), Khamtan Buddha cave (in Pakbeng), Kun Vang Cave (in Beng), Luang cave (in Meuang La) and other caves around the province.

Besides, tourists have opportunity to join a lot of excited activities as well as interesting experiences includes not only Mekong Elephant Camp, waterfall visit, but also trek & tour service.