The Ayutthaya Kingdom, which existed from 1351 until 1767 was one of the largest and most prosperous empires of its time. The ruins of many impressive temples and palaces give an impression of the wealth of the ancient Kingdom. In 1991, part of Ayutthaya Historical Park was declared a UNESCO World Heritage Site under criteria III as an excellent witness to the period of development of a true national Thai art.

The Historic City of Ayutthaya, founded in 1350, was the second capital of the Siamese Kingdom. It flourished from the 14th to the 18th centuries, during which time it grew to be one of the world’s largest and most cosmopolitan urban areas and a center of global diplomacy and commerce. Ayutthaya was strategically located on an island surrounded by three rivers connecting the city to the sea. This site was chosen because it was located above the tidal bore of the Gulf of Siam as it existed at that time, thus preventing attack of the city by the sea-going warships of other nations. The location also helped to protect the city from seasonal flooding.

In 1991, part of Ayutthaya Historical Park was declared a UNESCO World Heritage Site under criteria III as an excellent witness to the period of development of a true national Thai art. The inscribed area covered only 289 ha of the central and southwestern parts of Ayutthaya Island; as a result, only certain group of historical sites are under UNESCO protection. The sites including Wat Ratchaburana, Wat Mahathat, Wat Phra Sri Sanphet, Wat Phra Ram, and Wiharn Phra Mongkhon Bopit. The sites that are not part of World Heritage sites are the sites beyond Ayutthaya Island, for example, Wat Yai Chai Mongkon, Wat Phanan Choeng, Wat Chaiwatthanaram, and Wat Phu Khao Thong. 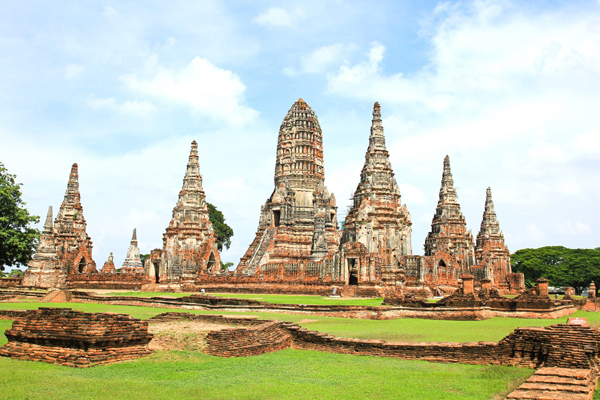 The Ayutthaya Historical Park is considered as one of the most attractive heritage in Thailand due to its magnificence after hundreds years. Coming here, visitors will impressed on the green color of ancient trees and a large lawn alternating ruins, together with the quiet, peace atmosphere. All of them bring tourists interesting and unforgetable experience. Ayutthaya is also known as the little oasis of temples along Chaophraya river.

There are 3 palaces built under the Ayutthaya King:

Grand Palace: Also known as Wang Luang, was the King’s residence. The palace consisted of several buildings for various purposes, including a hall for Royal ceremonies, a hall to receive state visitors and private Royal living quarters. It was destroyed during the Burmese invasion of 1767. Today only the foundations and parts of the walls remain. A replica of the palace can be seen in the Ayutthaya Historical Study Center. The Wang Luang is located close to the Northern city wall, North East of the Wat Phra Si Sanphet.

Chandra Kasem Palace: It has a different name is Wang Na, was built in 1577 as the Royal residence for the crown prince. It is located on Uthong road on the North East tip of the island. The palace consists of a group of buildings, some in traditional Thai style and some in European style. In the 17th century an observatory tower was built to observe the stars. Today the palace is in use as a museum displaying artifacts from the Ayutthaya period.

Wang Lang: The Rear Palace or Wang Lang was built by King Maha Thammarachathirat as the Royal residence for one of his sons. Later more buildings were added as private living quarters for other members of the Royal Family. The palace is found on the South West section of the island, West of Khlong Tho road.

It is free entrance to the Ayutthaya Historical Park. The major temples charge an entrance fee of 50 Thai Baht or less each. Even though most monuments are in a ruined state, they are sacred places to Buddhists and attract many people every year. 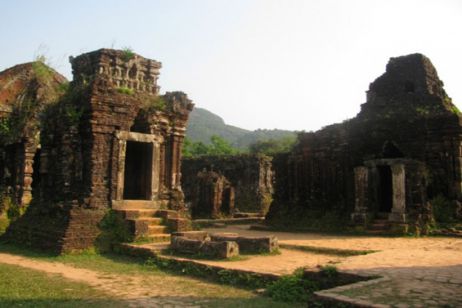