Khao Phat is a variety of fried rice typical of central Thai cuisine. In Thai, "khao" means "rice" and "phat" mean "of or relating to being stir-fried". The dish normally contains meat, egg, onions, garlic, and some tomatoes. Khao Phat has many regional variants, and it is ubiquitous.

Khao Phat differs from Chinese fried rice in that it is prepared with Thai jasmine rice instead of regular long-grain rice. Meat used for Thai fried rice is variety, but commonly is chicken, shrimp and crab. The dish is plated and served with accompaniments like cucumber slices, tomato slices, lime and sprigs of green onions and coriander. 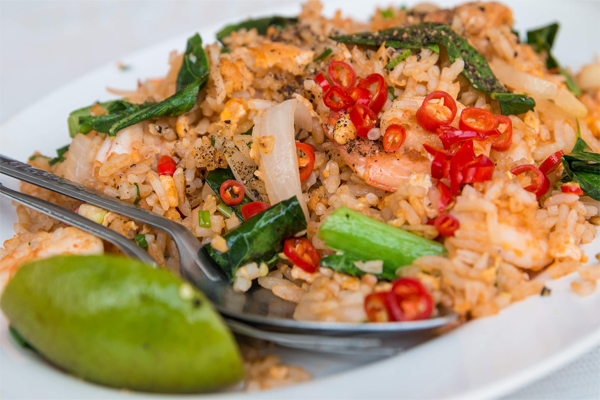